As part of the health movement and the autonomous women’s movement, Sama has consistently campaigned against the medicalisation of women’s bodies in ways that are unethical, coercive, iniquitous, and harmful. While contraceptive technologies on the one hand prevent fertile women from having children, another set of technologies called Assisted Reproductive Technologies (ARTs) assist those who cannot conceive. Yet, both these technologies are similar in that they target women’s bodies by intervening in and altering the physiological processes. Sama is currently engaged with issues in ARTs, which have far reaching social, legal, medical and economic implications on women and on society as a whole. Sama’s work around ARTs is guided by the perspective that the interrelationship between reproductive technology and its end user is governed by gender, as well as by caste, class, religion, ethnicity, sexual orientation and other axes of power.

As a phenomenon that thrives on the use of ARTs, commercial surrogacy in India and its exponential growth has drawn much attention and raised several ethical concerns. India’s fertility industry is an integral part of the country’s expanding medical market and medical (reproductive) tourism industry. Surrogacy in India had received an impetus by both domestic and international demand fuelled by low costs, lack of regulation of ART clinics, and easy availability of surrogate mothers and egg donors. Legal engagement with ARTs and surrogacy has evolved over the last decade and has recently culminated in the Surrogacy (Regulation) Bill 2016 which seeks to ban commercial surrogacy while permitting altruistic surrogacy among close relatives for heterosexual couples married for five years.  Sama’s work on ARTs and surrogacy, over the years, has examined the trope of motherhood from the perspective of medicalisation and vivisection.  We have sought to contextualize the issue, by linking the micro and macro realities through research, contributing to the academic discourse, and building advocacy by engaging with the policymakers and media. 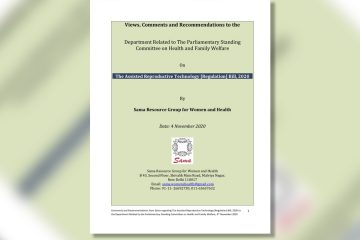 The Parliamentary Standing Committee on Health & Family Welfare had invited Sama to provide comments and suggestions on the draft Assisted Reproductive Technology (Regulation) Bill 2020, which was introduced in Lok Sabha on September 14, 2020. Here are Sama’s comments and recommendations… Continue reading 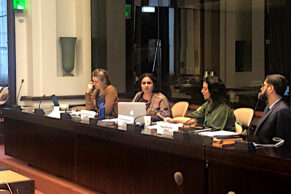 The Center for Reproductive Rights (The Center) invited Sarojini N of Sama – Resource Group for Women and Health as a panelist at the side-event on Infertility and Human Rights held on 2 March 2020, during the 43rd session of… Continue reading 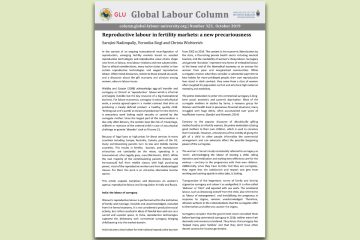 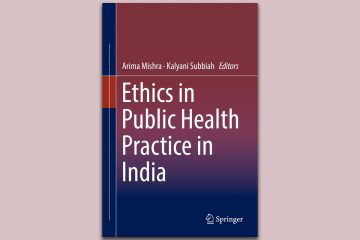 This article is part of the edited volume titled Ethics in Public Health Practice in India, edited by Arima Mishra and Kalyani Subbiah, and published by Springer Singapore in 2018. The chapter seeks to contextualize Sama’s work on assisted reproductive technologies and commercial surrogacy from a bioethical framework. Continue reading 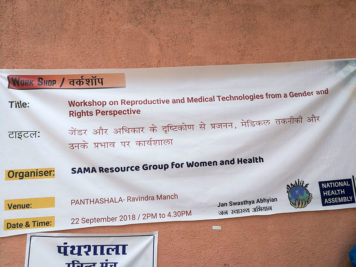 The Third National Health Assembly was a two-day long event in Raipur, Chhattisgarh, and saw nationwide participation of organisations and individuals working on health and healthcare, in different capacities. As part of the Self Organised Workshops sessions on the first… Continue reading

While infertility and childlessness have emerged as affecting between 8 to 12 percent of reproductive aged couples worldwide and approximately 28 per cent in India and Nepal, there is a severe lack of attention given to these issues in the… Continue reading