Short Course on Challenges to Access to Medicines: A Report 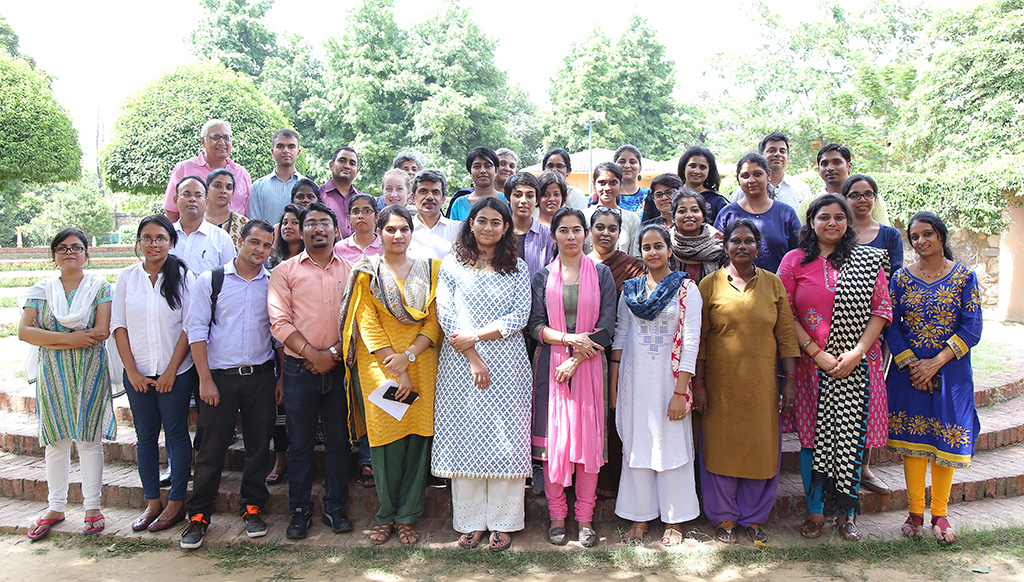 Sama conducted a three day short course on CHALLENGES TO ACCESS TO MEDICINES: PATENTS, PRICING AND DRUG RESEARCH IN INDIA from 16th to 18th August, 2017 at Sanskriti Kendra in Delhi. The course included presentations, group discussions and activities and film screenings conducted by resource persons from various fields. The participants came from diverse backgrounds with many being PhD students from universities such as University of Hyderabad, Jawaharlal Nehru University (JNU), Panjab University and others working in organisations and NGOs based in different parts of the country such as Jan Swasthya Abhiyan (JSA) in Odisha, State Health Resource Centre (SHRC) in Chhattisgarh and many more.

On the first day, the course began with a presentation by Dr. Amit Sengupta, associate global coordinator with People’s Health Movement, on Universal Healthcare and Access to Medicine in which he talked about the poor state of Indian Public Health Systems and the many factors impinging on the accessibility to drugs in India. This was followed by a session by Vivek Divan, a lawyer who has previously worked with the UNDP and in the fields of sexuality, health and human rights. His session on Access to Medicines – In the Framework of Human Rights explained the issue from the point of view of Human Rights and Right to Health. Mr. Divan ended the session with a few questions for the participants to ponder upon such as, whether we need a clearly spelled out Fundamental Right to Health, whether we should have a Human Rights Legal Framework that applies to private sector and how the state can be held accountable for international commitments. The final session of the day was by Dr. Yogesh Jain, Secretary, Jan Swasthya Sahyog (JSS), on Access to Life-Saving Drugs and Health Delivery System. He also brought out the issue that we need to develop ideas on advocacy with regard to access to drugs. A group activity conducted after the session catalogued the rampant drug shortages and inaccessibility in different settings in different corners of the country, through the personal experiences and contributions of the participants themselves.

The second day had a presentation by S. Srinivasan, a health activist with All India Drug Action Network and LOCOST, on Drug Pricing, DPCO-2013 and Related Issues which elaborated on the pharmaceutical industry in India and the significance of a logical price control on essential drugs. This was followed by a session by Chhaya Pachauli, from JSA Rajasthan and Prayas, who spoke on the Experience from Free Medicines Scheme of Rajasthan, which chronicled the ups and downs of the campaign and implementation of free medicines for all scheme in Rajasthan, and the many challenges it now faces. Gouranga Ch. Mohapatra from JSA Odisha and Bharat Gyan Vigyan Samiti (BGVS), Odisha, spoke on a similar note on the Free Medicine “Niramaya” Scheme in Odisha: Field Reality. We learnt through the experiences in both the states about the significance of political willingness to implement and make such schemes a success and also how despite the scheme’s infallibility on paper, its implementation leaves much to be desired. Dr. Amar Jesani, editor of Indian Journal of Medical Ethics, followed this up with a short film screening and group activity led by him and Sarojini of Sama, which was related to ethics in medical research and clinical trials. The group activity and discussion illustrated how medical research has been rife with exploitation of its participants and the many ethical dilemmas faced while conducting such research.

The last day began with Sarojini speaking about Sama’s work and successes in the field of public health and bioethics. Veena Johari, a lawyer with Courtyard Attorneys, had a session on TRIPS, Patents and Patent Law which was about the impact of international patent laws and Intellectual Property Rights on the pharmaceutical industry and restrictions on access to drugs due to patents. The session dealt with the often confounding technical terminology and legalities prerequisite to understanding the current scenario in drug access. Pratibha Sivasubramaniam from Sama presented the Novartis drug Gleevec Case Study which highlighted the legal fight and protests accompanying the attempt of Novartis to patent its anti-cancer drug in India and gave the participants an example of a glimmer of hope in the fight with giant pharmaceutical companies led by the Global North. The last session of the course by Kajal Bhardwaj, a lawyer working with access to medicines movement, on Free Trade Agreement Negotiations and Access to Drugs, explained the challenges to public healthcare by FTA, TRIPS and TRIPS Plus. An interactive role playing group activity highlighted the points of view of the different stakeholders in this crisis and showed how difficult the road ahead may be for developing countries like India if they wish to guarantee all its citizens effective public healthcare.

The workshop concluded with a consensus on how there was an urgent need to take the discussion forward through advocacy and research, and raise public awareness on the importance of having a good public health system especially in times like these where essential public services like healthcare are increasingly being privatised.