Beyond Numbers – Implications of the two-child norm 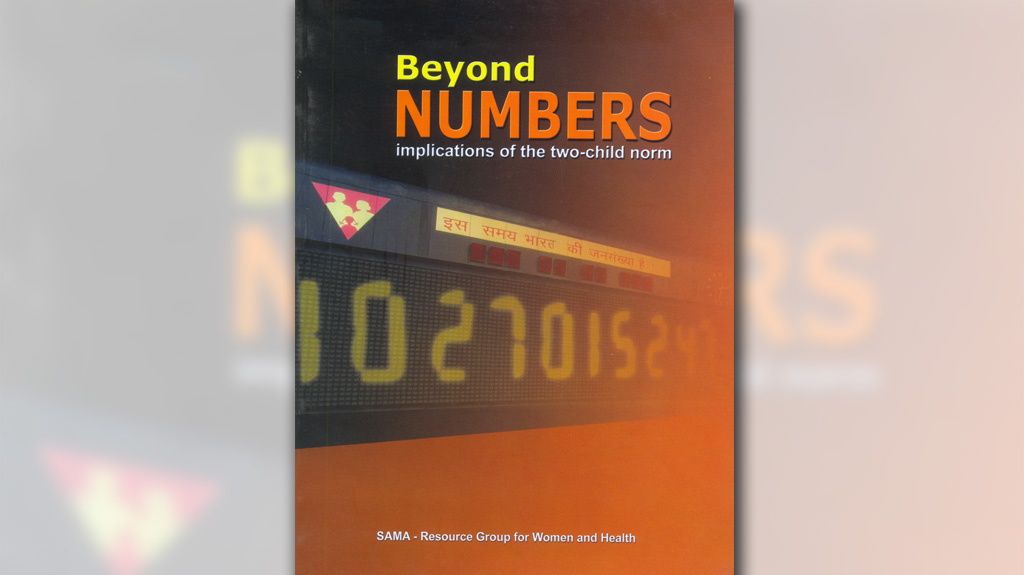 This research report is based on a study conducted by Sama conducted in 2003- 2004 in 12 districts of Madhya Pradesh to capture the experiences of those Panchayat members, women and men, who were disqualified or had been subjected to the process of disqualification because of the imposition of the two-child norms on Panchayati Raj Institutions (PRIs).

A need was felt for this study when Sama began to receive information from the field based groups that disqualification of Panchayat members due to the imposition of the two-child norm was gaining ground in Madhya Pradesh. One of Sama’s primary concern since its conception has been to raise its voice against the prevailing anxiety about population growth and the coercive measures advocated by the state that invariably target women, especially from poor and marginalized communities. Madhya Pradesh incorporated the two-child norm in January 2000 that became effective from January 2001 and accordingly introduced stringent disincentives like barring large sections of the population from contesting elections for seats in local governance.

The aim of the study was to understand the impact of the policy on women’s lives, both in the public and private sphere, and assess the extent to which the policy affected women’s autonomy, their position in the family and their participation in the political process. It examined the impact of two-child norm on the political participation of the poor and socially disadvantaged groups in society.

The study used both primary and secondary sources of data. Primary data collection was done through in-depth interview method based on an interview schedule, and Focus Group Discussions (FGDs) with representatives in PRIs who were disqualified through the implementation of the two child norm. Relevant information was obtained from the Department of Panchayat and Social Justice, District Collector’s Office, and from the CEO of the Janpad Panchayat. Information was also sought through interactions with people in the villages, NGO representatives, and journalists.

Findings of the study revealed how the two-child norm acted as discriminatory method to disempower the marginalized groups pfd alit, women and adivasis, apart from disengaging the youth from the political processes. Primary data showed that nearly 50 per cent of the disqualified candidates constitute SC, ST and OBC categories. Women too have been rendered more vulnerable and doubly disadvantaged. The research report depicts a very clear picture of the plight of women and other socially disadvantaged groups in the society.